BERKELEY, CA. (October 7, 2021) — Even before they co-founded Truitt & White in 1946, George Truitt and Robert White had forged a partnership as buddies in the U.S. Navy just after World War II.

White called his long partnership with Truitt, who was his commanding officer at the Oakland Naval Supply Center, as “one of the finest partnership arrangements you could ever imagine.”

Now the company the two men founded is not only celebrating its 75th anniversary in October 2021, but it has become the foremost supplier of building materials, hardware and doors and windows in Northern California.

Truitt & White boasts more than 70,000 square feet of lumberyard, hardware store, warehouse, and showroom areas, but also something Truitt and White wanted to establish from day one: unmatched customer service.

In fact, to help its customers get better service, Truitt & White has been well ahead of the retail-technology curve for many years, developing a computer system that would help customers access stock levels and pricing levels in 1988, well before the Internet made it quick and easy for businesses to provide access to information.

Truitt & White was also early to recognize the potential of a computerized point-of-sale system, which it installed in 1982, well before most bigger retailers. Rather than buying packaged software, Truitt & White hired a developer and created its own from scratch to handle everything from checkout to inventory tracking to handling payroll and billing.

From its earliest days, Truitt and White showed an unusual resourcefulness when it came to serving its customers.

The first inventory they gathered for their fledgling lumberyard was military-surplus fencing and tools that White bought at an auction in Stockton. He wasn’t quite sure what they were going to do with two boxcars full of snow fencing, but as luck would have it, there was a huge demand for building supplies after the war and the fencing and other goods they gathered sold quickly in Berkeley.

Meanwhile Truitt, who had owned three lumberyards in Texas before the war, was able to use his connections in the lumber industry to secure more supplies for the duo’s lumberyard.

Truitt was also able to obtain a truck, saws, desks and file cabinets, and along with White’s wife Rose, who was an accountant, was able to set up a rudimentary office in a prefabricated fishing cabin they built at Second and Hearst.

The site is now the location for Truitt & White Window & Door Showroom, although the cabin is long gone!

From those humble beginnings the company continued to grow and prosper with a combination of innovation and customer service. For example, even before anyone recognized the value of double-pane insulated windows, Truitt & White was already stocking them. Over the years, this steady quality of being one step ahead of the competition allowed its customers to rely on the company to provide the latest and highest-quality products.

Continuing the legacy the two Navy buddies first established 75 years ago is paramount to the Truitt & White family.

“As a third generation family-owned and operated business, our strong desire to continually improve while retaining the tried and true elements that make us Truitt & White, is still alive today and a source of pride for all of us,” said Warren White. “Just like in our first days as a company, our staff is committed to providing the best quality products and customer service for today’s professional builders.”

Since 1946, Truitt & White has been the Bay Area’s go-to source for high quality building materials, valuable information, and unmatched customer service. With over 70,000 square feet of lumberyard, hardware store, warehouse, and showroom areas, our knowledgeable staff specializes in serving the needs of professional builders and homeowners alike.

The Team at Truitt and White c... 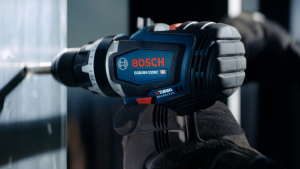 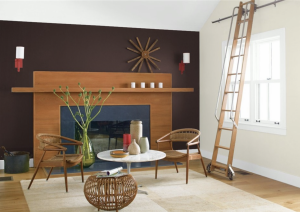 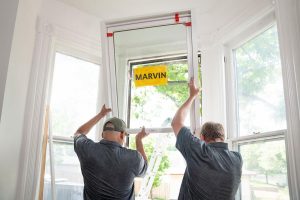 Thirteen Signs it’s Time to Replace Your Windows and Doors

Failing windows and doors will not only make your favorite spaces less comfortable, they may... Continue reading 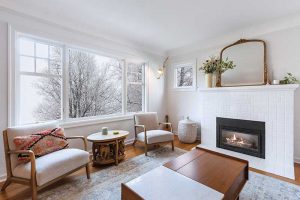 How to Winterize Your Windows and Doors

Preparing your windows and doors for the coldest time of the year will keep your... Continue reading